The governor ordered Massachusetts' chief medical examiner removed after the official's agency reported that it lost a body autopsied at its facility last month. 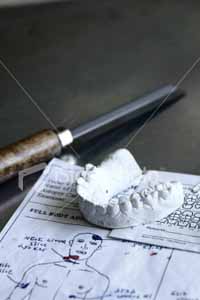 State authorities will search for the body, said Kurt N. Schwartz, the state's acting public safety secretary, in a statement Thursday. The body was taken to the medical examiner's office April 23 and autopsied the next day.

Chief Medical Examiner Dr. Mark Flomenbaum was placed on a paid leave of absence pending the investigation, said Charles McDonald, a spokesman for the Executive Office of Public Safety.

"It's a horrible thing. We want to get to the bottom of it," Gov. Deval Patrick told WHDH-TV. "There is some explaining that is owed us and owed the family, and so we have taken an administrative step to move him to one side while we get the facts."

The medical examiner's office reported to state public safety officials on Thursday that it had lost the body, and it was ordered to halt its internal search.

McDonald said the body was that of a man from Cape Cod, whom he declined to identify. He said the referral was "a fairly routine situation," in which no foul play was suspected.

This year, then-Public Safety Secretary Kevin Burke ordered the medical examiner's office in Boston to clear a backlog of bodies stored there. A lack of adequate storage space forced workers to stack corpses and place some in a refrigerated truck meant for temporary use.

Flomenbaum took over a troubled agency, which previously was accused of sending the wrong set of eyes for testing to determine whether an infant had died from shaken baby syndrome; and of misidentifying a fire victim's body.

A telephone listing for Flomenbaum could not immediately be found.