The victim of a sexual assault was sobbing and hysterical after she was attacked by a fashion journalist posing as a firefighter, according to a tape of her emergency call. 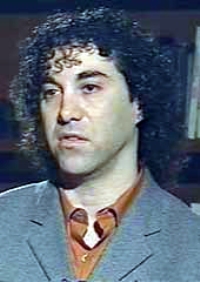 The tape and the testimony came in the second day of the trial against freelance journalist Peter Braunstein, who is charged with kidnapping, burglary, sex abuse and robbery. The victim testified on Monday that Braunstein was dressed as a fireman, right down to a plastic shield on his face, when he drugged and abused her on the night of October 31, 2005.

Emergency operator Marian Grillo testified about the woman's call on the morning of Nov. 1, 2005, when the victim freed herself after a 13-hour ordeal at her tormentor's hands. The victim, weeping and screaming, detailed her night of terror.

"He tried to kill me!" the victim shouted near the start of her call. Grillo said she urged the woman to calm down, but the caller remained upset even when police officers responded to her Manhattan apartment, where the assault took place.

The victim was so rattled by her encounter with the phony firefighter that she refused to let police officers inside until they showed badges and official IDs, testified Jeannia Robinette, the victim's best friend.

The emergency call came two hours after the attacker left her tied to her bed, naked but for a pair of thong underpants and high-heeled sandals that he had put on her. The Associated Press is not identifying the woman because she reported being the victim of a sex crime.

The woman had been a co-worker of Braunstein's at Fairchild Publications, publisher of Women's Wear Daily and W magazine. She testified that he was someone she would see in the hallways occasionally, although they did not know one another.

During the call, the victim described through sobs how her assailant used his disguise to get into her apartment.

Braunstein has pleaded not guilty, but his lawyers concede that he committed most of the crimes charged. They say he is mentally ill and is unable to form the intent that would make him criminally responsible for the attack.

"This trial is about why it happened," defense attorney Celia Gordon told the jury in opening remarks.

But Assistant District Attorney Maxine Rosenthal told the jury that Braunstein, who had been fired from his job and dumped by his girlfriend, planned the attack "out of anger and a need for revenge."

Rosenthal said he ordered the firefighter's gear, the BB gun, the knife, a replica Detroit police badge, handcuffs and materials for making smoke bombs from Internet sites weeks before he invaded the woman's apartment.

When he was captured on the University of Memphis campus six weeks after the attack, Braunstein stabbed himself in the neck with a dagger. He was subdued by police with pepper spray and arrested Dec. 16, 2005.