Michael Smuin, an award-winning choreographer who served as co-artistic director of the San Francisco Ballet and founded his own dance company, died. He was 68. 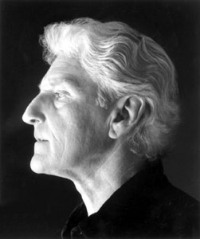 Smuin collapsed of an apparent heart attack during rehearsal with his company, Smuin Ballet, according to company spokesman David Perry. He was taken to San Francisco General Hospital, where he was pronounced dead, Perry said.

"We are all deeply saddened and shocked," said Dwight Hutton, Smuin Ballet's managing director. "However, he died doing precisely what he loved to do."

The Missoula, Montana, native danced with American Ballet Theatre and the San Francisco Ballet before beginning a second career as a choreographer at age 27. Smuin served as co-director of San Francisco Ballet from 1973 to 1985, then returned to the city nearly a decade later to found Smuin Ballet.

His ballets include "The Catharine Wheel," "Pulcinella Variations," "Romeo and Juliet, "The Christmas Ballet," "Shinju," "Zorro," "Frankie and Johnny" and "Fly Me to the Moon."

During his career in film, television and Broadway, Smuin won a Tony Award for his choreography of the Broadway revival "Anything Goes," and was nominated in 1981 for his co-choreography and direction of "Sophisticated Ladies." He received an Emmy Award in 1984 for "Great Performances: Dance in America." His film credits include "The Cotton Club," "Rumble Fish" and "A Walk in the Clouds."

Smuin is survived by his son, Shane, and his brothers, Stephen and Douglas.