Two parents were arrested in the death of their 4-month old son, whose gaunt body was found in a swing inside their filthy apartment, authorities said. 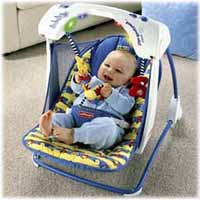 "Obviously this condition didn't happen overnight," Tranter said. "This child had not been fed or cared for very much at all in its very short life, and it took some time for this child to die."

Katherine Hatten, 22, and Thaddeus Adam Bechtel, 29, were arrested Wednesday night, Tranter said. The Maricopa County Public Defender's Office said it had not yet assigned attorneys to the case.

Officers found Daniel dead after responding to an emergency call about an unresponsive child Tuesday morning. Tranter said the couple's apartment was filthy, with trash covering the floor.

A court document said ants and cockroaches were crawling all over the apartment and on Daniel.

A preliminary autopsy found the baby had no food or formula in his stomach, and that the cause of death was consistent with neglect, the document said. Police said Hatten told them Daniel appeared emaciated because of a family trait.

Tranter said police were not seeking murder charges against Bechtel because he is a truck driver and came home only once a week. A preliminary hearing was scheduled for April 27.

Police also removed a 4-year-old boy and a 2-year-old girl from the apartment and placed them in the care of Child Protective Services.