A previously unknown Palestinian group said it had killed a British journalist kidnapped over a month ago, but the claim could not be confirmed. 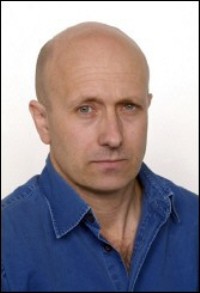 In a statement sent to news organizations, "The brigades of Tawheed and Jihad" said it killed BBC Gaza correspondent Alan Johnston, 42, to support demands for the release of Palestinian prisoners held by Israel. However, the BBC and the Palestinian government both said there was no evidence to back up the claim.

"The BBC is aware of these reports," the corporation said in a statement. "But we have no independent verification of them."

The group claiming to have killed him is unknown in Gaza, but the name has been used elsewhere in the Middle East by organizations linked to al-Qaida.

"This party that issued the statement about the so-called killing is unknown to the security services," Palestinian Interior Minister Hani Kawasmeh told a news conference in Gaza City. "There is no information to confirm the killing of Johnston until now."

Johnston, from Scotland, was snatched at gunpoint in Gaza City on March 12. Since then there had been no demands from his captors or any word on his condition.

He has been missing longer than any other foreigner kidnapped in Gaza. The only foreign reporter still based in Gaza, he was snatched just weeks before he was scheduled to end his three-year stint there. Other news organizations withdrew their foreign-born reporters because of the deteriorating security situation there.

More than a dozen foreign journalists and aid workers have been abducted by gunmen in Gaza in the past 18 months, often in a bid by Palestinian militants to get money or jobs. Most have been released without major physical injury within hours or days. An exception was the abduction of two Fox News employees in August, who were held for two weeks before they were freed.