15:39
Putin delivers landmark speech in the Kremlin
15:15
Lukashenko: If Europe wants it, the war may end in a few days
14:54
Ukraine and the West may force Russia to use tactical nuclear weapons
13:33
Russia to take control of entire Donetsk People's Republic within its 2014 borders
19:02
Mobilised citizens to control and defend new Russian territories
15:52
USA can still crush Russia, but it can also save the world from chaos
14:36
Polish FM: NATO will take part in Ukrainian conflict provided one condition
14:00
Putin to deliver 'lengthy speech' at special ceremony in the Kremlin on September 30
15:49
Senator Valentina Matviyenko: Let the whole world wait till October 4

Governor of U.S. state of New Jersey in critical condition after motorcade crash

It will be at least several days before the governor of the U.S. state of New Jersey can return to work and several months before he can walk normally after a car accident left him hospitalized with serious injuries, a doctor said. 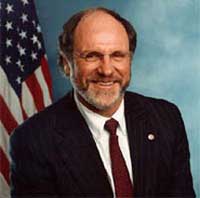 Governor of U.S. state of New Jersey in critical condition after motorcade crash

Jon S. Corzine was in critical condition after undergoing two hours of surgery Thursday night to repair his broken leg and other injuries sustained in the crash on the Garden State Parkway.

"He's got a pretty significant rehab in front of him," said Dr. Robert Ostrum, who performed the surgery at Cooper University Hospital in Camden.

Corzine was riding in the front passenger's seat of a sport utility vehicle - driven by a state trooper - and was en route from Atlantic City to the governor's mansion in Princeton to moderate a meeting between the Rutgers university women's basketball team and radio personality Don Imus.

Imus was fired from his radio program Thursday amid furor about racially charged comments he made about the team on air. The closed-door meeting went on without Corzine, and lasted for about three hours.

The SUV was struck by a white pickup that swerved to avoid a red pickup that had swerved from the shoulder onto the highway, Fuentes said. The governor's vehicle clipped the white pickup and slid into a guardrail.

Fuentes said it was unclear whether the governor was wearing his seat belt at the time of the crash. Authorities were still searching for the red pickup and its driver.

Troopers in a vehicle following Corzine's administered first aid and called for help. Corzine, the trooper and a gubernatorial aide were flown by helicopter to the hospital.

The trooper had only minor injuries and the aide had none.

When Corzine arrived at the hospital, doctors said he was conscious but had suffered several injuries: a femur bone broken in two places that had lacerated his skin, a broken sternum, six broken ribs on each side, a head laceration and a minor fracture on a lower vertebrae.

Ostrum said Corzine did not have any brain or spinal damage. And the governor's injuries were not considered life-threatening.

The governor was moved to the hospital's trauma intensive care unit after surgery and was listed in critical but stable condition early Friday. He was sedated and receiving pain medication.

Ostrum said a rod was inserted in Corzine's leg, and additional operations were scheduled for Saturday and Monday.

He said it would be at least three to six months before Corzine could walk normally.

State Senate President Richard Codey has taken over as acting governor and will serve indefinitely.

Corzine, a Democrat, gave up his seat in the U.S. Senate to become governor in 2006. He succeeded former Gov. James E. McGreevey, who resigned after saying he had an extramarital affair with a man.

Corzine went into politics after being ousted from Goldman Sachs, where he had been CEO, in a power dispute in 1999. He was elected to the Senate the following year.