Roman Catholic bishops and religious orders in America received 714 clergy sex abuse claims in 2006, the second consecutive year that the number of allegations has dropped. 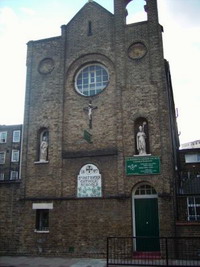 Costs related to abuse cases also decreased - by about 15 percent over the last year - mainly due to a decline in what dioceses paid to settle molestation cases.

Dioceses and religious orders paid nearly $399 million in 2006 for settlements with victims, attorney fees and support for accusers and offenders. For 2005, that figure was $467 million - considered the highest ever for a single year.

The findings, set for release Wednesday, are part of an annual review that the bishops first commissioned in 2002 as they implemented reforms to better safeguard children at the height of the clergy sex abuse crisis.

The declining number of claims - there were 1,092 in 2004 and 783 the next year - could be taken as evidence that the church is gradually gaining control over the crisis, especially since the vast majority of allegations date back decades.

But more work is needed to address the problem, a key church official said.

"The bishops have done a lot and have spent a lot of money in a lot of different areas, but it's not all done, as you can tell by the number of victims still coming forward," said Teresa Kettelkamp, executive director of the bishops' Office of Child and Youth Protection.