South African farmer gets 20 years of imprisonment for murder 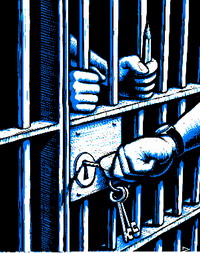 South African farmer gets 20 years of imprisonment for murder

A South African farmer was convicted of shooting dead a Zimbabwean worker and got 20 years of imprisonment.

Pretoria High Court found Jewell Crossberg guilty of the 2004 murder of Jealous Dube on a farm in the northern Limpopo province.

The radio reported that Judge Ronnie Boshielo dismissed Crossberg's claim that he fired the shots to scare off a troop of baboons terrorizing his farm.

The court also found Crossberg guilty of shooting at four other employees after he had accused them of laziness. He was sentenced to five years on each of four counts of attempted murder. The sentences are to run concurrently.

Crossberg was refused the right to appeal.