A leopard that was beaten by local residents as it roamed through a western Indian town died shortly after it was trapped by forest guards, a news report said. 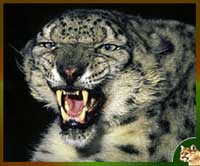 Local residents hit it with sticks and iron bars while chasing it, possibly causing fatal injuries, the Press Trust of India news agency said Thursday. The leopard injured four of its pursuers, the report said.

However, the big cat bore no external injuries, the agency quoted forest guards as saying.

On Wednesday, it entered the town of Nasik, 180 kilometers (110 miles) northeast of Mumbai, the financial and entertainment capital of India, and created panic among residents for nearly seven hours until it was caught, reports AP.

Leopards are protected under the Indian Wildlife Act and their killing is punishable by up to six years imprisonment. They attack humans when forced down from their natural ranges in search of food.