A German man who abducted and held a 13-year-old girl for five weeks, repeatedly sexually abusing her and threatening to kill her, was sentenced Thursday to the maximum possible 15 years in prison. 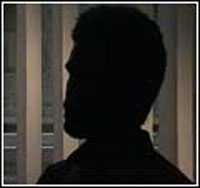 A Dresden state court convicted Mario Mederake of sexually assaulting a minor and kidnapping. Given the severity of the crime, the court ruled that Mederake, 36, should be kept in custody beyond the end of his sentence if he is deemed not ready for release.

Presiding Judge Tom Maciejewski said the girl's suffering and its possible lifelong effects led the court to decide on the maximum sentence.

"She lived all the time in fear of death," Maciejewski said. "Her basic trust in humanity has been destroyed, therefore the sentence must be tough."

Mederake abducted the girl on her way to school on January 11, after having observed her for several days. He took her to his home, where authorities said he held her part of the time in a cage, with her mouth gagged.

In an effort to break the girl's spirit, Mederake not only kept her locked up, but threatened to sever her head and feed her to his dogs, reports AP.

She managed to escape several weeks later by dropping a note containing information on where she was being held. That was found by a passer-by, who alerted police.

Mederake created a stir after the opening of his trial last month, when he clambered up onto the roof of the prison where he is being held and remained there for 20 hours.