A nurse was convicted Monday of killing 28 of his patients at a hospital in southern Germany and sentenced to life in prison. 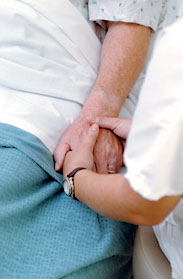 Stephan Letter was found guilty of 12 counts of murder, 15 of manslaughter and one mercy killing in what has been described as Germany's biggest series of killings since World War II.

According to evidence presented at his nine-month trial, Letter, 28, killed his victims by injecting a cocktail of drugs.

Letter testified at the start of his trial in February that he had killed patients, but said he could not remember how many.

Lettner's attorney, Juergen Fischer, had argued that his client was motivated by compassion for seriously ill patients.

Presiding Judge Harry Rechner said Letter was an active proponent of assisted suicide and appeared to want to put an end to what he deemed to be senseless suffering, reports AP.

But, Rechner said, the evidence showed he "was interested, at best, superficially in the state of health of the patients."

The deaths at the hospital in Sonthofen began in February 2003, less than a month after the nurse started working there. The last suspicious death occurred in July 2004, just before his arrest.

The patients were aged between 40 and 94, though most were older than 75. They included two gravely ill women, aged 40 and 47, but not all were seriously sick, authorities have said.

Police tracked down the nurse as they investigated reports that drugs were missing and compared the times when patients died with the hours he worked. Investigators said they found unsealed vials of the medicines at his apartment.