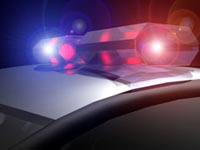 As of Sunday, Tiffany Hall, 24, had not been charged in the children's deaths, but prosecutors on Saturday accused Hall of killing their mother, Jimella Tunstall, 23, and her fetus. The fetus had been cut from her womb, authorities said.

According to Sunday's autopsies, there were no signs of physical abuse or trauma on the children ages 7, 2, and 1 and toxicology tests were pending "to see if they were poisoned or possibly drugged," Hart said.

"They were not drowned there in the wash machine," Hart stressed.

On Sunday, the community turned to prayer to understand the slayings at a service for the slain family.

"This is an opportunity for people to turn to God," said Debra Kenton, a member of the New Life Community Church. "Who else can explain things like this?"

Authorities suspect Tunstall was slain on or about Sept. 15.

That day, Hall summoned police to a park, saying she had given birth to a stillborn child, Hart said. She was arrested after she told her boyfriend during the baby's funeral that the baby wasn't his and that she had killed the mother to get it, authorities said.

Tunstall's body was found Thursday, and authorities began a furious search for her children. Police said the children were last seen with the Hall on Monday.

Authorities had visited Tunstall's apartment Friday but noticed nothing amiss while looking for photographs of the children for media outlets to publicize in their search, Hart said.

While in custody, Hart says, Hall told investigators she killed the children at another location, then hauled them home and hid them in the washer and dryer.

Hall said he understood why investigators may have overlooked the children during their previous trip to the apartment. "Who would be looking in the washer and dryer?"

By Saturday night, Hart said, "you could find them by the smell."

The oldest, 7-year-old DeMond Tunstall, was found in the dryer and the younger two children 2-year-old Ivan Tunstall-Collins and 1-year-old Jinela Tunstall in the washer. Two of the children were found nude, the third wearing only underpants, Hart said.

Meanwhile, stuffed animals continued to mount outside Tunstall's apartment, its door crisscrossed with white evidence tape. There was a white teddy bear, and a stuffed race car with DeMond's name.

An autopsy showed that Jimella Tunstall bled to death after sustaining an abdominal wound caused by a sharp object, believed to be scissors, Hart has said. Authorities believe her womb was cut open after she was knocked unconscious.

Relatives say Tunstall grew up with Hall and had let her baby-sit her children. Hall has two children of her own. Illinois State Police Capt. Craig Koehler said they are "safe and sound."

Hall likely will be arraigned Monday on the two charges, each carrying a 20 to 60 years or life in prison, prosecutors said. The murder count could be punishable by the death penalty.

DNA tests should determine definitively whether the baby was the one Tunstall was carrying, Hart said, AP writer Christopher Leonard wrote.