The government of Spain decided Friday to send 1,100 troops to the strengthened U.N. peacekeeping force in Lebanon. 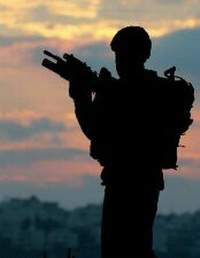 The decision was made at a weekly Cabinet meeting and must be approved by Parliament. The vote is scheduled for next Thursday.

Shortly after taking power in 2004 the Socialist government withdrew 1,300 troops that a previous, conservative administration had sent to Iraq without consulting Parliament. It called the U.S.-led invasion of Iraq illegal because it lacked a U.N. mandate. The Socialists also enacted a law requiring Parliament's approval for overseas troop deployments.

This new deployment is legitimate because it does have a U.N. mandate, both Israel and Hezbollah have agreed to a peacekeeping force after 34 days of war and European troops will form the core of the force, Deputy Prime Minister Maria Teresa Fernandez de la Vega said Friday after the Cabinet meeting, the AP reports.

"It is an operation that falls within international law," she told a news conference. "It is a peace operation in a country that has been destroyed."