After 8 years of disappearance a young woman was discovered well and alive by Austrian authorities near Vienna. 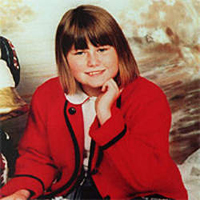 The woman said her name was Natascha Kampusch and told police she had been kidnapped and kept in a small enclosure under a garage for years. Her alleged kidnapper committed suicide Wednesday night, AP reports.

Armin Halm, spokesman for Austrian's federal police, said Kampusch had been identified by a scar on one of her ears that dates back to an operation she had when she was younger. Results of a DNA test are expected later Thursday, but "we are quite sure it's her," Halm said.

The discovery could bring closure to one of the biggest police mysteries in recent Austrian history.

Kampusch, then aged 10, vanished in Vienna on her way to school on March 2, 1998. Her disappearance triggered a massive search that extended into neighboring Hungary.

On Wednesday afternoon, police said they found the young woman in a garden northeast of Vienna. The woman, who was identified late Wednesday by her father, mother and half-sister, told police that she had been kidnapped and held prisoner by a man, Halm said.

Halm said police found Kampusch's passport in the house in Lower Austria where she was allegedly kept.

The alleged kidnapper committed suicide by jumping in front of a train in Vienna, Halm said.

He has been identified by Austrian media as 44-year-old Wolfgang Priklopil, an electrician.