Inferno in Siberia: 4.5 million hectares of woods on fire

Forest fires in Siberia have been raging for three months already. They have become a disaster not only of Russian, but of global scale. The fires have already scorched 12 million hectares of land. Apparently, it will be the largest wildfire disaster in the history of Russia. 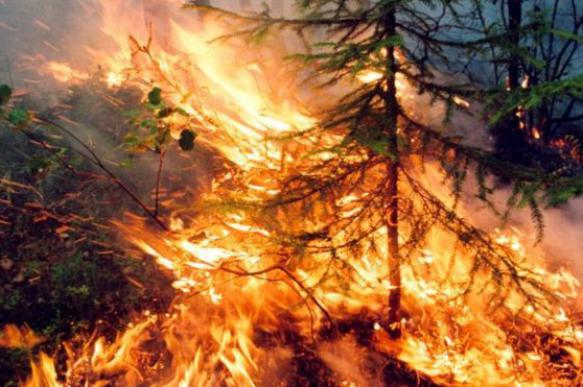 According to Greenpeace Russia, the area of forest fires has already reached 4.5 million hectares. At the same time, an official report from the Aviation and Forest Protection Agency gives a different number - 2.51 million hectares. Greenpeace said that wildfires have scorched 13.4 million hectares of Siberian forest since the beginning of the year in Russia.

Environmentalists note that the Russian authorities take efforts to extinguish the fires on the territory of only 140,2 thousand hectares, which makes up from three to six percent of the burning territory. Most of the fires occur within so-called "control zones", in remote areas where it is officially allowed not to extinguish them, since there is no threat to settlements and facilities, and the estimated costs for extinguishing operations exceed the predicted damage that the fires may cause.

Environmentalists demand the Russian authorities should send additional forces to fight wildfires in Siberia. It is worthy of note that the smog above Moscow that lasted for two weeks in 2010 led to an increase in mortality rate by about 50,000 people.

To extinguish forest fires in Russia, a total of 40 aircraft of the Forest Fire Center, the Ministry of Defense and the Ministry of Emergencies (EMERCOM) of the Russian Federation are currently used. They are Be-200 water bombers, Mi-8 and Mi-26 helicopters, and Il-76 aircraft.

It is worthy of note that the European Union is currently working on a new aviation group, the goal of which will be to prevent wildfires.