Russian aircraft carrier Admiral Kuznetsov suffered an accident in the floating dock of a shipyard near Murmansk. 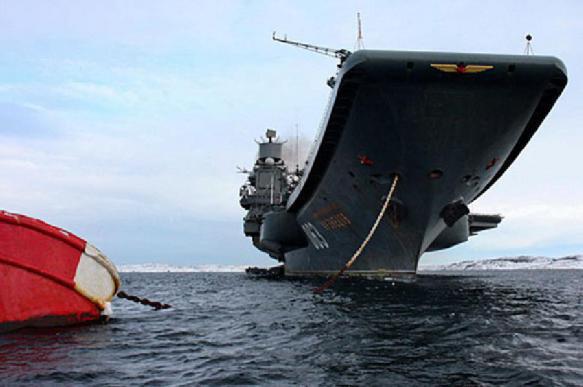 According to representatives of the shipyard, where the accident occurred, interruptions in electricity supplies caused the tanks of PD-50 floating dock to sink.

According to preliminary information, interruptions in electricity supplies took place because of the weather, after strong winds damaged power lines. It remains unknown whether the shipyard has any engines and why they were not activated.

The aircraft carrier, which currently undergoes repairs in the floating dock, was not damaged. However, a crane fell on her deck during the accident. However, the accident affected several workers, who found themselves in ice-cold water and suffered hypothermia. One of the workers remains in intensive care.

The Admiral Kuznetsov is undergoing scheduled repairs that are to be finished by 2021.

The PD-50 is the world's largest floating dock. The USSR ordered its construction in 1980 in Sweden. The dock is 330 meters long and 67 meters wide. Its carrying capacity is 80,000 tons.