Employees of the Russian Federal Security Bureau detained several migrants, who were preparing a series of terrorist attacks during the World Cup in Moscow and St. Petersburg, the Komsomolskaya Pravda reports. 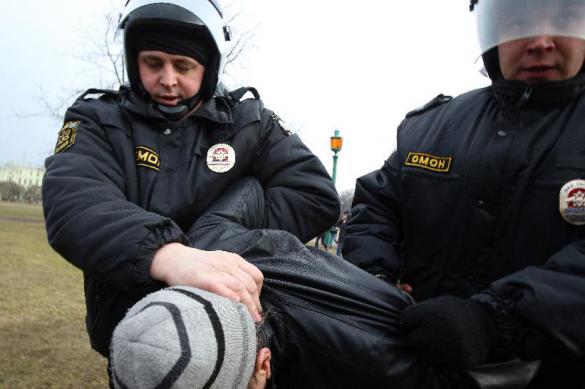 FSB searched several apartments that the migrants were renting and found homemade high-power explosive devices there stuffed with destructive elements. Assault rifles, guns and grenades were seized as well. The detainees, the newspaper said, planned to conduct a series of explosions in places of mass congregation of people to disrupt the arrival of thousands of football fans to Russia.

The migrants admitted that they were acting under the command of the Islamic State* terrorist organization (banned in Russia) in the Middle East and their accomplices in Russia and abroad, FSB said.

On May 11, it was reported that a group of militants were plotting terrorist attacks during the "Immortal Regiment" march in Moscow, when thousands of people took to the streets to pay tribute to their relatives who ere killed during the Great Patriotic War.