"Netanyahu is a terrorist, and Israel is a state of terror," Turkish President Erdogan stated after clashes between Palestinians and Israeli military on the Gaza Strip and Israel border. As many as 17 people were killed in the violent clashes, news agencies report. 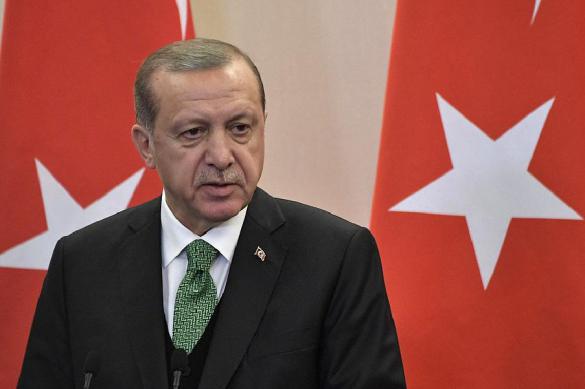 Turkish President Recep Tayyip Erdogan stated that called Israeli Prime Minister Benjamin Netanyahu was "a terrorist," whereas Israel was a "state of terror," the goal of which is to target innocent civilians. The remarks came as a reaction to the clashes between Palestinians and Israeli soldiers on the border of Israel and the Gaza Strip.

Netanyahu ironically responded that "moral lessons from Ankara must have been the April Fools' joke, Daily Sabah wrote.

"I do not need to tell the world community how brutal the Israeli army is. We can see what this terrorist state is doing by looking at the situation in Gaza and Jerusalem," Erdogan said, adding that the Israeli military committed an act of "mass murder."