Bus driver, who killed pedestrians in Moscow, suffers brain haemorrhage because of state of shock

The 59-year-old bus driver, who killed people in a tragic and bizarre accident in Moscow on December 25 by crashing a commuter bus into an underground passage in Moscow, was hospitalised with a brain haemorrhage. His condition remains complicated, and investigators are no longer allowed to interrogate the man. 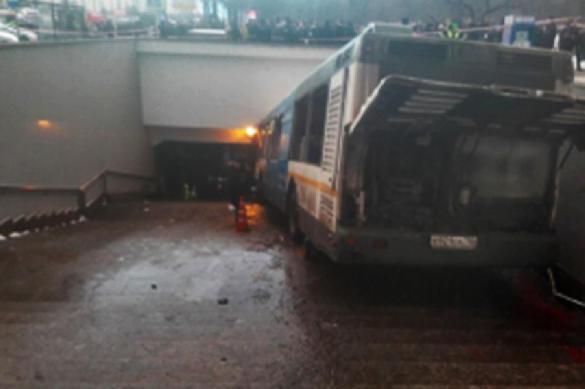 It was previously reported that the driver of the bus was in a state of shock after the terrible accident, in which he killed four people, including a child, under the circumstances, the details of which are yet to be established.

The man was hospitalised to the Botkin Hospital, where other victims of the accident are staying. Three others remain at the intensive care unit of the Sklifosofsky Research Institute.

The Investigative Committee will look into every version of the terrible accident, including the driver's version, who said that the bus started moving uncontrollably and he could not stop the vehicle due to the failure of the brakes system.

No traces of the tragedy have been left on the site where the bus crashed into the underground passage one day later. Moscow communal services have replaced the rumpled banisters and tiles overnight. The only thing that reminds of the tragedy is candles and flowers that people bring to the passage in memory of the victims.