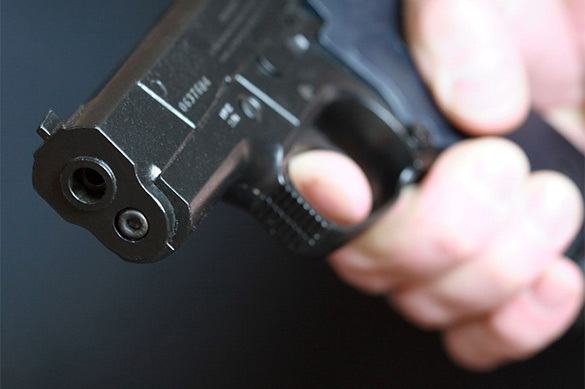 A former commander of a platoon of the Special Purpose Center of the State Traffic Safety Inspectorate opened fire at a Moscow office.

The incident happened in the children's shopping center "Luchik" on Altufevskoe Highway. The man, Anatoly Solomakhin, armed with a  Makarov pistol, shot his concubine in the head before killing himself

The woman died of the injury. The reason of the conflict has not been named yet.

moscow shooting
16:26
Russian nuclear submarines already on duty off US coasts
15:24
Russia sends 20 warships to the Black Sea to contain NATO
14:13
Russia deploys Su-35 fighter jets, paratroopers and S-400 systems in Belarus
21:35
World War Three: What Russia can do to bury Ukraine and herself
19:00
Liz Truss, the epitome of Lite Western diplomacy
16:23
Russia to decide on the deployment of nuclear arms in Venezuela this week
16:01
Russia launches operational readiness check at southern military units
14:34
Russia and China hold joint naval exercises in Arabian Sea
12:17
Woman dives into ice-cold water to die before the eyes of her family
19:38
Russia unexpectedly scrambles Tu-95 strategic bomber aircraft
Health
Four mutants of the coronavirus