The death toll from the terrorist attack in the metro of St. Petersburg has climbed to 14 people. Another person died in the hospital on April 12. 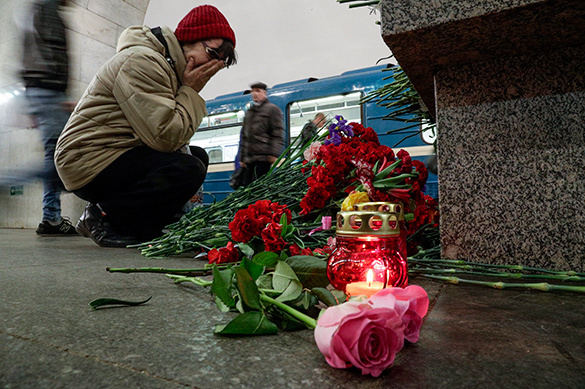 As of April 11, 102 people were recognized as those who suffered as a result of the bombings in the St. Petersburg metro. Fifty-one people, including one child, still remain hospitalized. Thirteen victims of the terrorist act have been buried.

On April 3, an explosion occurred in the metro of St. Petersburg between stations "Sennaya Ploshchad" and "Technological Institute-2." The suicide bomber is believed to be one of the victims, which brings the death toll to 15 people. Another bomb was disarmed by Russian National Guard employee.