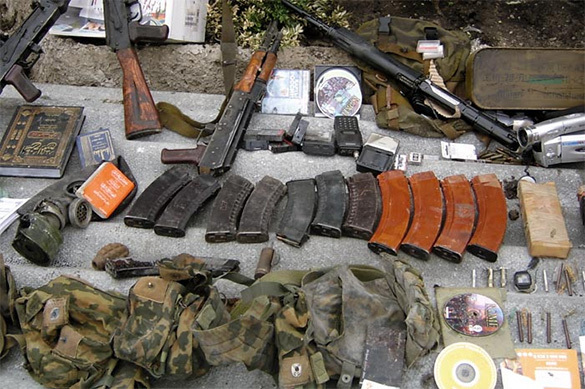 A large group of weapon traders has been revealed in the centre of Russia. The Federeal Security Service has removed an extensive arsenal: three aircraft cannons, more than 50 units of guns, as well as 15 kilos of explosives, grenades and mines.

Goods have been sold throughout the whole country. Criminals have been detained in several regions: the Kaluga, Bryansk, and Moscow ones. All in all, there have been organized four workshops on remodeling of weapons and production of ammunition.

As Pravda.Ru reported, for 2016 the Russian special services managed to prevent more than 40 attempts to carry out terror crimes.