Former Russian MP Denis Voronenkov, who was killed today in Kiev, said yesterday that he wanted to return to Russia and surrender to the authorities. This was revealed by a Moscow businessman Otariy Kabahidze, who is recognized as victim in Voronenkov's criminal case. 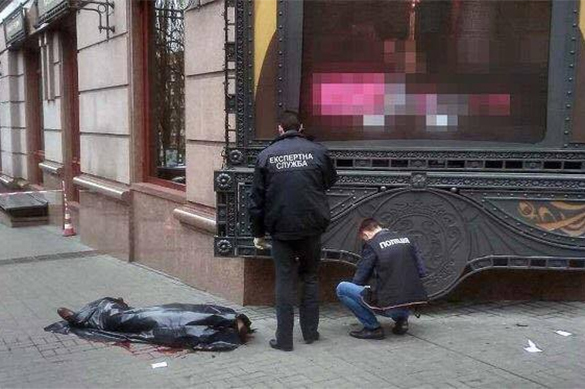 The entrepreneur claimed that he had a conversation with Voronenkov a day before.

According to him, a stranger was waiting for him near the office, and handed him over a cell phone. Voronenkov 'introduced himself and said that he wanted to come back to Russia and surrender to the authorities. He asked me to connect him with investigator directly and discuss this possibility,' Kabahidze stated.

Meanwhile the killer of Voronenkov has died at the Kiev hospital, covering the traces. It was a 29 y.o. criminal with Ukrainian passport. He was wanted in Kiev because of fictitious entrepreneurship and money laundering.

The Ukrainian President Petro Poroshenko though was in time to declare it as 'an act of terrorism from Russia'. So, there is no doubt that investigation will be biased.

Leonid Kalashnikov, Chairman of the State Duma Committee on the CIS Affairs, Eurasian Integration and Relations with Compatriots, commented Pravda.Ru on the issue.

'From the political viewpoint he was hardly interesting for somebody. He really did damage to Russia, but there was no reason to kill him. He did everything he could for his new masters. I believe it was done by either a patriot from some nationalist organizations (there are a lot of such in Kiev now), or it's some kind of a Ukrainian game. I admit that they could do that to compromise Russia. Most probably, these were former accomplices of Voronenkov, who had been in jail before. Some of them provided evidence against him. It might be connected with business.

Russia had no sense to kill him. It would be more reasonable to kill some fled intelligence officers, like Rezun or Kalugin for example, but not Voronenkov, who was no great shakes. He did not know anything special, any secrets. It seems to be a provocation'.