Man with an axe attacks passengers on railway station in Dusseldorf 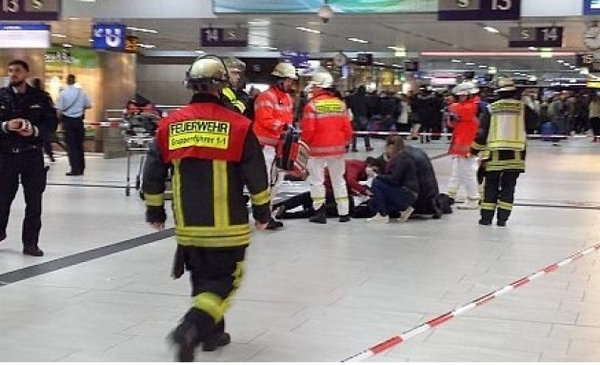 A man wielding an axe attacked people at a railway station in Dusseldorf, Germany. Five people were injured, the attacker was arrested. According to other media reports, there were more than just one attacker.

The railway station was immediately cordoned off, the train service was interrupted.

On February 25, a driver rammed his vehicle into a group of pedestrians in Heidelberg, injuring three. The man attempted to escape from the scene, but was arrested. The police used weapons to neutralise the attacker, he was hospitalised.