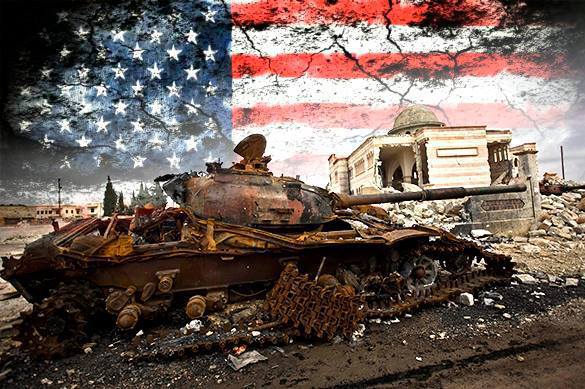 Four Russian military advisers have died in Syria, two more are wounded. The Russian Ministry of Defence has reported, that the incident happened on 16 February as a car was exploded with a radio-controlled improvised explosive device.

It is known that a column of the Syrian army, which comprised a vehicle with the Russian military men, was going to the city of Homs. They managed to pass four kilometres, as an explosion was carried out.

All the circumstances are being looked into. The Defence Ministry will investigate the case.

Also read: Russia pays for US peace in Syria

syria
20:01
Russian Navy creates threat much more powerful than Cuban army base off US coast
19:10
Russian Central Bank considers banning cryptocurrencies
17:13
Ukraine tensions: The true picture
16:33
Russian MPs urge Putin to recognise People's Republics of Donetsk and Luhansk
16:15
Russia's six large landing ships travel to Black Sea
15:55
Russia prepares a surprise for USA and NATO in Vietnam and Iran
14:48
Cuba, Venezuela or both? Russia wants USA to know what it feels like to be surrounded by NATO
14:27
Oil prices set records, but Russian ruble doomed to decline further
14:08
Pretty woman of Russian politics refuses to go to Cape Verde
21:37
US sends warplanes to Cuba and Venezuela to monitor Russian missiles
Health
Four mutants of the coronavirus