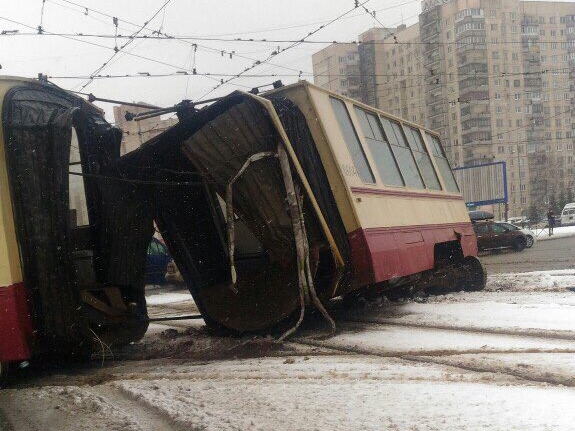 A tram broke into two in St. Petersburg, at the intersection of Education and Culture Avenues.

The accident happened when the tram derailed: the first carriage of the tram tipped, and the other one one blocked the roadway.

Fortunately, none of the passengers and other road users suffered in the accident. Representatives of the St. Petersburg department for electric transport said that the incident most likely occurred after the first carriage turned right and the other one turned left as a result of a malfunction in the point lever mechanism.

The exact cause of the accident is yet to be established. The broken tram was evacuated to the depot.