An explosion occurred near Kolomenskaya metro station in Moscow in the morning of December 22. 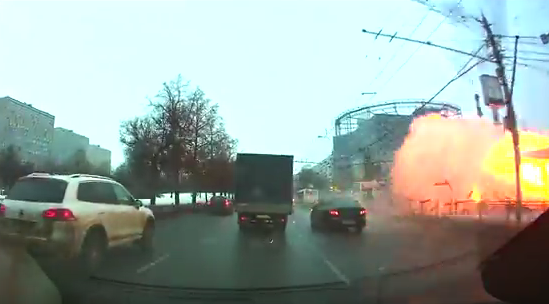 According to EMERCOM officials, a gas cylinder exploded in the underground pedestrian tunnel. Six people were injured in the incident, two of them have been hospitalized.

"Depressurization of a gas cylinder, explosion and fire on the area of ​​five square meters occurred in the underground pedestrian tunnel of Kolomenskaya metro station. Several people have been injured, the fire has been extinguished," officials said.

There is no criminal constituent in the explosion, the source told TASS. The explosion occurred as a result of depressurization of a gas cylinder during welding works. Four workers were injured in the explosion.

The entrance to the station was closed, but Kolomenskaya station continues working normally, representatives of the Moscow Metro said.