Firefighters inspect the area in ​​the Republic of Tyva, where the debris of the Progress MS-04 spaceship could fall. The cause of the crash will be announced only after the fragments of the cargo spaceship are analyzed. 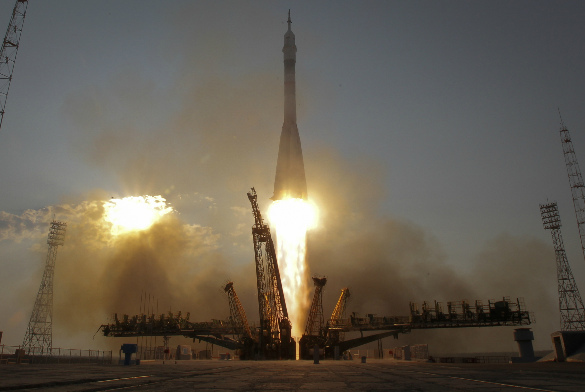 Problems started after the successful separation of the second stage of the rocket and the launch of the third stage engine. The ship stopped transmitting telemetry data and then fell apart in midair. Later, Russian Space Agency Roskomos confirmed the loss of the spaceship.

A Soyuz-U carrier rocket was used to launch the cargo spaceship. The connection with the Pprogress was lost after the 382nd second of flight, when the rocket was at an altitude of 190 kilometers above Earth.

The rocket was flying over a deserted rugged mountainous territory of the Republic of Tyva. The area, where the fragments of the rocket could fall, is located 80 km to the west off the city of Kyzyl. Local residents could see a bright flash in the sky. Most likely, it was the debris of the spaceship, burning up in the atmosphere.

The ship was carrying a total of 2.5 tons of cargo - mostly fuel, oxygen, water and food for inhabitants of the International Space Station. In addition, the Progress was carrying new generation spacesuit "Orlan-ISS," a water regeneration system, as well as "Probiovit" experiment equipment for the preparation of dairy products on board the ISS. The loss of the cargo is not critical for the cosmonauts. According to ISS food reserves rules, the amount of fuel, air and water on board the ISS will be enough for several months. In the meantime, another attempt to deliver cargo to the ISS will be made on December 9, this time on board the Japanese Konotori-6 spacecraft.