Iran humiliates US Navy yet again

Pentagon officials made an announcement about unprofessional and dangerous actions of the crew of a warship of the Islamic Revolutionary Guard Corps (IRGC). 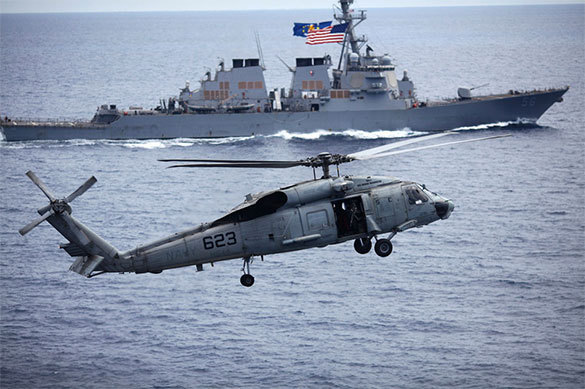 The crew of the helicopter did not feel the danger, but decided to turn in the opposite direction, Reuters reports.

Pentagon officials did not expand on the "lack of professionalism" of the Iranian sailors. It would have been strange, if the crew of ship would have showed no reaction to the approaching US military helicopter. However, US officials believe that the incident in the Strait of Hormuz may have negative consequences for Iran.

In August of 2016, the Iranian military intercepted US missile destroyer Nitze in the Strait of Hormuz. Iranian speedboats approached the Nitze dangerously close, despite repeated warnings. Two boats neared the destroyer at a distance of 300 meters. The US destroyer launched ten flares for the Iranian boats and was forced to change course several times.