Five people connected with the Islamic State terrorist organization (banned in Russia) were planning terrorist attacks in the Republic of Ingushetia and in Moscow. The individuals were detained in a special operation conducted by the Federal Bureau of Investigation, RT reports. 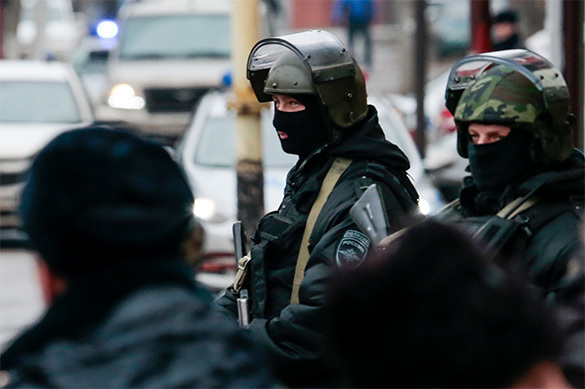 "The FSB of Russia has suppressed the activity of the group, the purpose of which was to commit crimes of terrorist and extremist nature on the territory of Ingushetia and in Moscow. The group was connected with the international terrorist organization Islamic State," the agency said.

An arsenal of weapons, including two explosive devices weighing 10 kg of TNT and accessories for sniper rifles were withdrawn from the arrested individuals.

A criminal case was opened against the detainees under the article "Organization of a terrorist organization and participation in its activities."