Doctors confirm use of chemical weapons in Aleppo fightings

One person was killed  and 30 were injured as terrorists attacked western Aleppo. Al-Mayadeen satellite channel said that the terrorists used shells filled with chemical agents in the attack that took place on October 30. 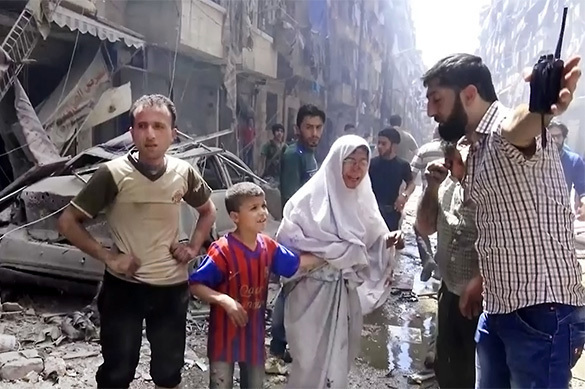 The terrorists attacked the area of the city known as El Hamdaniyah, where a government-controlled military academy is located. Both civilians and servicemen suffered from chemical poisoning.

Later, the head of the forensic medical examination in the province of Aleppo, Zahir Hamdu Haju said that the symptoms of the victims suggested that the militants used chlorine.

The victims had similar symptoms, such as tearing, foaming at the mouth vomiting and nausea. The people said that they could smell chlorine in the air during the attack, RT reports.

"Credible reports from the site of the attack indicate that dozens of civilians in western Aleppo were killed, including several children, and hundreds of people were injured due to relentless and indiscriminate attacks by armed opposition groups," the official said.