The crash of FlyDubai Boeing 737 in Russia's Rostov-on-Don could occur after the commander of the aircraft deliberately sent the airplane into the ground. 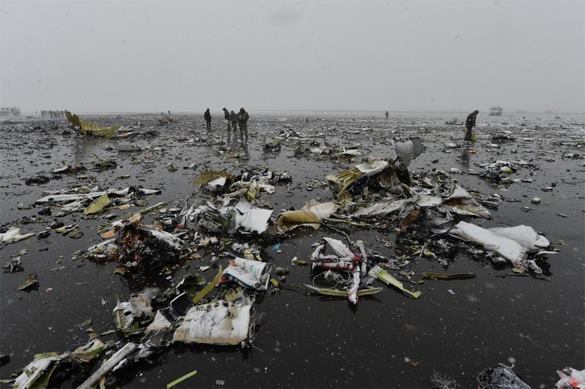 "During the preliminary investigation it was found that the commander of the Boeing 737-800, presumably giving account for his actions and adequately assessing both the situation and the position of the aircraft relative to the ground, was holding the control knob for 12 seconds, thus putting the stabilizer into the nosedive mode," Interfax news agency reported with reference to its source.

Based on the data obtained from the flight recorder, the commander of the Boeing 737 was not answering questions from the co-pilot about the appropriateness of his actions. He would answer  briefly and calmly: "All is well" and his intonation was calm, the source also said.

Previously, it was reported that the pilots of the FlyDubai aircraft had a conflict prior to the crash. Allegedly, after one of the pilots made a mistake in maneuvers, his partner tried to take control of the wheel.

In turn, a representative of the Interstate Aviation Committee said that the committee did not have the information to prove that the commander of the aircraft was acting voluntarily. A piloting error remains the basic version of the investigation, the official said.

A Boeing 737 passenger aircraft of FlyDubai airline crashed on March 19 at 3:42 while landing at the airport of Rostov-on-Don, Russia. The Boeing-737-800 could not land on the first attempt and crashed during the second landing attempt. The aircraft nosedived and rammed into the runway at high speed. There were 55 passengers and seven members of the crew on board. The wreckage was scattered on the area of almost one kilometer around the crash site.