Several unidentified individuals opened fire in Olympia-Einkaufszentrum shopping mall in Munich, Germany. The Ministry for Internal Affairs of Germany, has officially confirmed that at least three people were killed. The attack was recognized as a terrorist act. 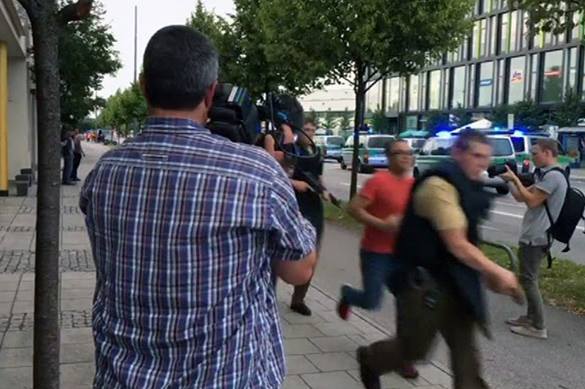 Hundreds of police officers cordoned off the area around the shopping center, the traffic on adjacent roads was blocked.

According to German news agencies, an unknown man opened fire in the drug store before he proceeded towards the nearest subway station.

Representatives for the German Ministry for Internal Affairs said:

"We believe that there was a mass shooting. According to our information, there were several attackers. The first report about the shooting appeared at 18:00 local time. The first shots were supposedly made near the McDonald's restaurant at the mall. There are still people in the building, and we are doing everything possible to ensure their safety," officials said.

"Because of the number of attackers remains unclear, we call on people not to leave their homes, and those who are on the street should find shelter as soon as possible," officials said.

A state of emergency was declared in Munich.

The number of victims in the Munich mall shooting has grown to six.

According to most recent reports, the death toll from the shooting has climbed to 9.