Famous Russian and Ukrainian journalist Pavel Sheremet was killed in Ukraine on July 20 as a result of the explosion that occurred in the car that belonged to his common-law wife. Sheremet's wife, Alyona Prytula, works as the head of the Ukrainian Pravda publication. 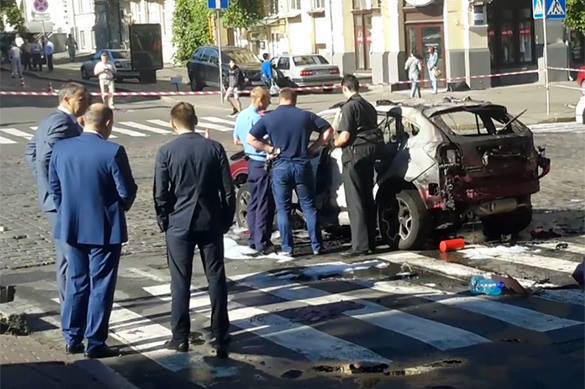 Pavel Sheremet was killed as he was driving for work to take part in the morning broadcast of Vesti radio station. The explosion occurred at 7:45 am, 15 minutes before the start of the radio programme.

During the recent years, Pavel Sheremet was working in Ukraine. Prior to his residence in Ukraine, the journalist was living in Russia, where he worked at state-run First Channel and Kommersant publishing house.

Pavel Sheremet was killed in Kiev on the way to work. According to chief editor of the Ukrainian Pravda, Seville Musayeva, the journalist was not engaged in any investigative activities recently. He was running a blog on the website and taking interviews.

An eyewitness of the incident, named only as Alexei, said that he was driving on the main road, when Sheremet's Subaru vehicle was approaching from an adjacent street. The bomb had been  apparently placed underneath the vehicle. Other drivers and passers-by ran up to the car after the explosion and opened the doors, but the journalist was already dead.

A few minutes later, the ambulance arrived and took the journalist away. Another eyewitness said that Pavel was still alive after the blast. He screamed "Help!" several times before he died.

The car was engulfed in flames after the explosion, and it was possible to put the fire down only after the arrival of a fire brigade.