A motorcyclist tried to stop the driver who crashed a truck into the crowd of people in Nice, France. 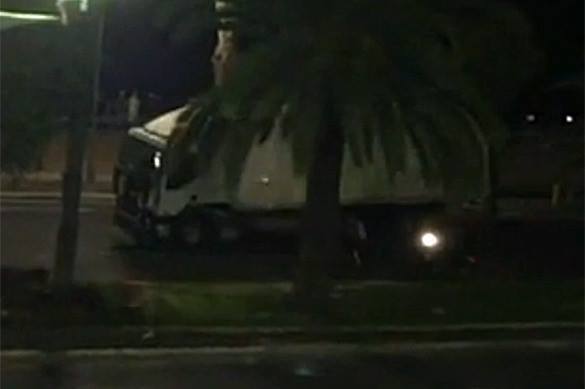 The video that was uploaded on the Internet shows the motorcyclist catching up with the truck and trying to step on the bandwagon of the cab. The terrorist turned left and knocked the motorcyclist down. The man fell down, but then got up and ran after the truck in an attempt to stop the driver.

The truck driver, a 31-year-old Frenchman of Tunisian origin, was killed by police.

According to most recent reports, at least 84 people were killed, including many children, dozens others were injured. As many as 65 people remain in critical condition. The Consular Department of the French Foreign Ministry confirmed that there were many foreigners among the dead, including a Russian national. One Russian woman was killed, her female friend was injured. The whereabouts of three other Russians remains unknown.