Sex on railway tracks deprives woman of her head

A tragic and an utterly shocking incident took place in the suburbs of the city of Ulan-Ude (Siberia). A passing train blew off a woman's head, who was having sex with a man near railway tracks. 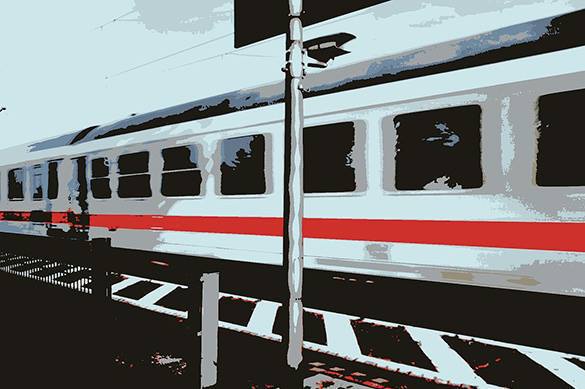 During sex, the woman was on top. She heard the noise from the approaching train and looked up.

According to police, the deceased and her partner were homeless individuals. Both were staying in a state of alcoholic intoxication the moment when the incident occurred.

For example, on May 31, a train cut off a man's legs, killing him on the spot. The legless body of the man was found by the driver of another train on July 3, Baikal Daily said.

On July 11, a freight train ran over a woman and her two children, aged one and two years old. The younger child died on the spot. The woman and the other child suffered serious injuries and were rushed to hospital; their condition remains critical. The tragedy occurred due to violation of safety rules by the woman.

The mother decided to cross railway tracks in a place where it was not allowed and did not react to the signals from the driver of the approaching train. The crew of the train used the emergency brake, but the distance between the train and the people was too small.