Japan to strip US army bases of immunity

Secretary General of the Japanese Cabinet Yoshihide Suga stated Tokyo intended to revise the status of the US military in the country. 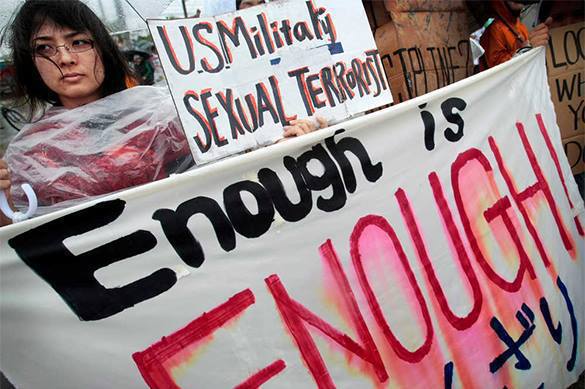 According to him, the Japanese government is extremely concerned about the recent murder of a Japanese woman by a serviceman of the US army base in Okinawa. The government also shares the feelings of the local residents in connection with the crime, Yoshihide Suga said.

In May of this year, Japan police arrested former Marine Kenneth Franklin, who had killed a 20-year-old Japanese woman. He stunned her with a blunt object, then stabbed her and took the body to the woods.

Not that long ago, as many as 65,000 Okinawa residents took to the streets to protest against illegal actions of US military men serving at the US army base in Japan.

Many of them were holding posters saying "Enough is enough!" and "Jarheads, go home!" After the march, protesters signed a petition calling on the central government to apologize to residents of the island.

Scandals involving US military men have occurred during 70 years of the US military presence in Japan. According to the Foreign Ministry of Japan, the number of crimes with the participation of US military men has exceeded 4,700 since 1972 and many of them were left unpunished.