Su-27 crash near Moscow: Pilot had no time to eject

The Su-27 fighter jet of Russian Knights aerobatic team crashed near Moscow on June 9 because of equipment failure. "According to preliminary data, the cause of the crash of the Su-27 of the Russian Air Force was a technical failure," spokespeople for the Russian Defense Ministry told Interfax. 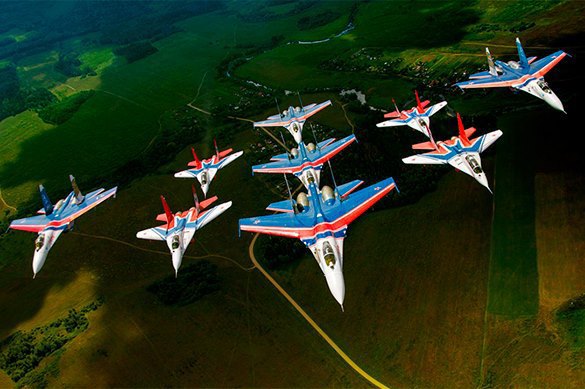 "The pilot of the Su-27 took all possible measures to take the aircraft away from a settlement. The pilot had no time to eject," the ministry added.

Earlier, experts noted that the fighter jet may have crashed because of weather conditions. "The special committee of the Defense Ministry will thoroughly investigate into all versions of the crash of the Su-27: equipment failure, pilot error, bad weather and others," Interfax said with reference to a source at the ministry.

Reportedly, the Russian Knights aerobatic team, which the crashed Su-27 was a part of, was conducting demonstration flights under the conditions of low cloud and poor visibility.

The black boxes of the crashed Su-27 have been recovered. The exact cause of the tragedy will thus be established after the analysis of the flight recorders and other means of objective control.

The pilot of the Su-27 was killed in the crash. The aircraft was piloted by Major Sergei Eremenko. He was 34 years of age, the Kommersant said. Eremenko was a flight leader of the Russian Knights, a first class military pilot. During his military service, Sergei Eremenko mastered the piloting of such aircraft as Yak-52, L-39, MiG-29 and Su-27. His flight experience counted 800 hours. He was engaged in aerobatics since 2011. Sergei Eremenko is survived by his wife and two daughters.