A military aircraft of the Russian Knights aerobatic team crashed in the Moscow region on June 9. The pilot was killed in the crash, spokespeople for the Russian Defense Ministry said. The reasons for the crash remain unknown, Interfax reports. A special commission was established to investigate the incident. 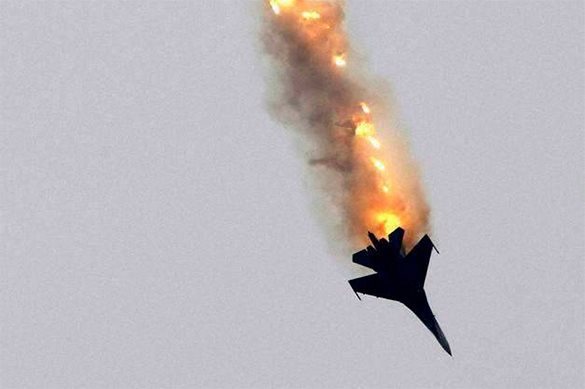 The incident occurred to Su-27 fighter jet, although news reports originally mentioned a MiG-29. The pilot of the aircraft was killed; the crash caused no destruction on the ground, officials with the Defense Ministry said.

According to the Defense Ministry, the crash occurred on Thursday at 10:25 MSK as the aircraft was returning to the airfield in the Moscow region after a planned flight.

In pictures: Russian Knights aerobatic team
Earlier, a source at law enforcement agencies told Interfax that the crashed Su-27 fighter belonged to the Russian Knights aerobatic team. According to the source, the team was performing demonstration flights at the opening ceremony of the monument to Russian Aviators in the village of Ashukino of the Pushkin district of the Moscow region. One of the fighters crashed when returning to the airbase. The aircraft crashed in the forest belt near the village of Muranovo.

The remains of the pilot have been found at the crash site among the debris of the crashed fighter.

Also read: It is only Russia that has fifth-generation fighter jet