Runway caves in under passenger plane at Moscow airport

The asphalt surface of a runway caved in under the weight of an airliner with passenger on board at Moscow's Domodedovo international airport. The incident happened as the plane was waiting to be parked. 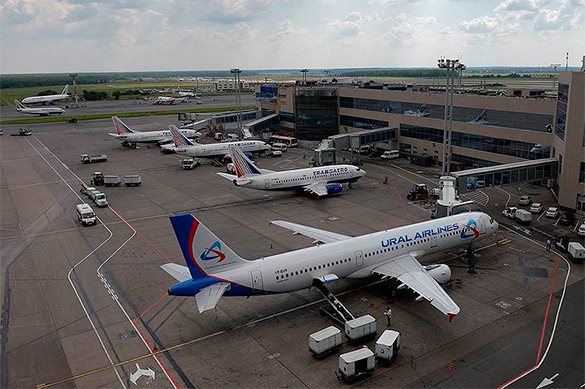 The Airbus 319 of S7 Airlines completed the flight from St. Petersburg to Moscow with 147 passengers on board. After landing at Domodedovo at 13:50, a flight control officer informed the pilots of the plane that they would have to give way to  another aircraft from St. Petersburg that had also landed at the airport.

"The plane let the other aircraft pass and was waiting for parking instructions. During two minutes of waiting, the asphalt surface under the wheels of the aircraft began to break down, causing the plane to sink. The pilot could not do anything because the chassis was blocked in the asphalt," a source at law enforcement agencies said.

As a result, the plane had to stay in such a position for about half an hour. It was decided to take all passengers of the aircraft out to the terminal building. Afterwards, the aircraft was towed to the parking lot.

According to experts, the asphalt surface of the runway was damaged because of the long parking of the aircraft with its engine off. The runway has already been fixed.