A combat helicopter fired incendiary shells at an estate of Ukrainian entrepreneurs in the village of Kozin. The estate is located near the house of Ukrainian President Petro Poroshenko. 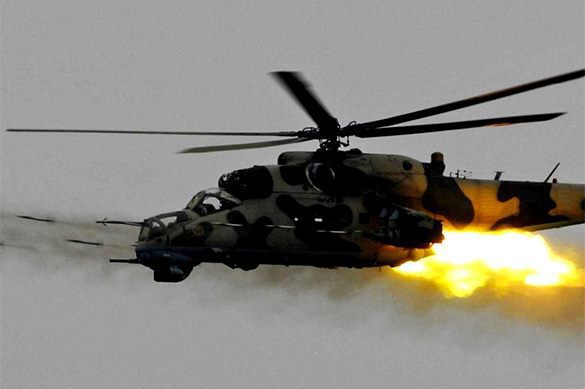 According to eyewitnesses, a large helicopter in camouflage colors fired shells at the estate on May 6. The guard of the estate owned by entrepreneurs Vladimir Kosterin and Natalia Zhilina said that three shells fell on the ground in the yard of the estate. One of them fell into a bush and burned the bush down in a few seconds. Strong chemical smell remained on the site of the fire for a long time afterwards. Fragments of the burned bush were collected for expertise. The police opened criminal case into the incident under "intentional damage to property by arson."

Law enforcement officials have not yet confirmed that the shelling was conducted from a combat helicopter. Investigators currently analyze video materials from external cameras of neighboring houses.