On April 12, a Mi-28H helicopter of the Russian Air Force crashed in Syria. According to the press service of the Defense Ministry, the helicopter crashed near the city of Homs. 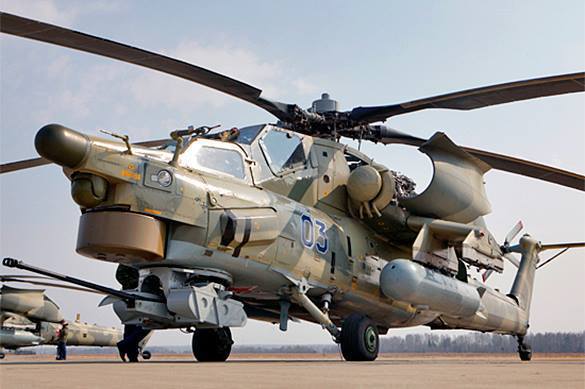 "Two crew members were killed. The bodies of the killed pilots have been found and flown to Hmeymim airbase. According to the report from the crash site, there was no fire impact on the helicopter," officials with the Russian Defense Ministry said.

The reasons of the cash are being investigated.

The Mi-28H "Night Hunter" is an attack helicopter designed to destroy armored vehicles, slow-moving air targets and enemy manpower in active combat. Developed back in the 1990s, the Mi-28H was passed into service after 2005.

In an emergency at an altitude over 100 meters, the crew can eject from the helicopter. At an altitude of less than 100 meters, a system is activated to pull the straps to secure pilots in energy absorbing seats.