FlyDubai crash: Flight recorders give clear picture of events on board

The data obtained from flight recorders of the FlyDubai Boeing 737 that crashed in Russia during landing on March 19 unveiled a clear picture of what was happening on board the plane. 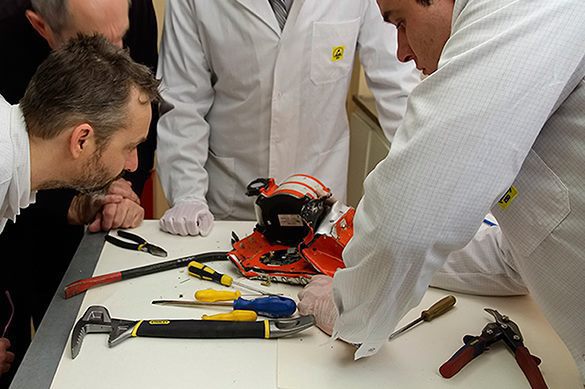 According to the black boxes, when coming in to land at an angle of 218 degrees, the pilot at first decided to go round again. The pilot informed a flight control officer of wind shear and proceeded to gain altitude, flying from 1,500 meters to the waiting area of 2,500 meters. However, light icing on the fuselage made the pilot-in-commander climb to 4,550 meters.

Two minutes later, the dispatcher informed the commander of the plane that there was no data on wind shear.

At 03:23 a.m. the crew requested descending but admited that this attempt to land the aircraft may not be the last one. The dispatcher gave permission to rise again to level 80.

The next minute, the Boeing started descending. At an altitude of 220 meters, the commander took the aircraft for another attempt as his apprehensions were confirmed.

At this point, a fatal mistake was made, but the reason for it remains still unknown. At an altitude of 900 meters, the stabilizer suddenly switched to the dive mode. While the pilot was pulling the wheel to lift the nose and gain altitude, the aircraft was nosediving.

At an altitude of about 1,000 meters, the aircraft tilted to the left side and crashed into the ground.

According to data recorders, the systems of the aircraft were working normally. Thus, only two reasons are left on the list of possible causes of the crash: the work of the longitudinal control system of the Boeing and actions of the crew when coming for a second approach.

The Boeing 737 of FlyDubai airline with 55 passengers and seven crew members aboard crashed on March 19 at the airport of Rostov-on-Don, leaving no survivors.