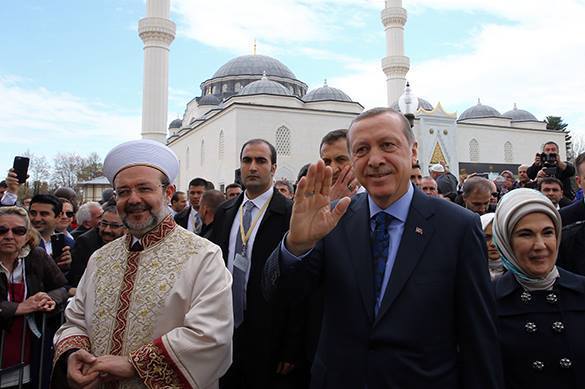 At the congress of the Red Crescent Society in Ankara, Erdogan expressed his firm belief that one day Karabakh would return to its real owner. Erdogan made it clear that Turkey had always been on the of Azerbaijan, and was not going to change this position.

Earlier, the Prime Minister and the head of the Foreign Ministry Turkey expressed the same opinion.

Before the conflict in Nagorno Karabakh started, Erdogan had had a meeting with his Azeri counterpart Ilham Aliyev.

Hostilities in Nagorno-Karabakh sparked again on April 2. For the time being, 33 people have been killed and over 200 have been wounded in the fighting.