The Islamic State was trading oil with Turkey on an industrial scale. Reporters found booklets of how to topple Syrian President Assad, as well as passports with Turkish entry stamps. 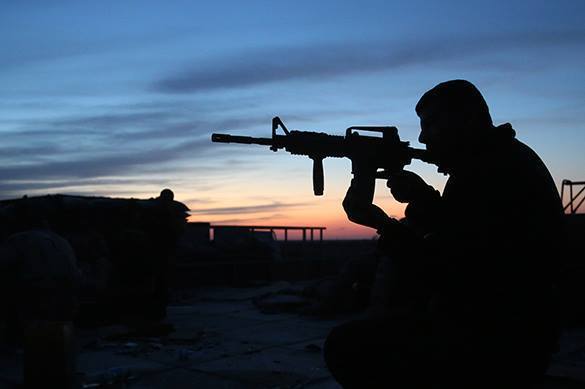 RT channel journalists were filming in Syrian Kurdistan, in the town of Al-Shaddad, one of the largest oil production centers in north-eastern Syria. The town was liberated only ten days ago.Terrorists left the town in ruins.

"We found oil account documents that prove that the Islamic State is engaged in oil production, and captured militants told us that the fuel is then transported to Turkey," journalists said. "Oil is being traded, that is for sure. Apart from that, they [Turkey] are also providing IS with food and other goods. IS are also provided with money, weapons and ammunition," a journalist said.

The documents were found by members of Kurdish People's Self-Defense Units (YPG) during the storm of the town of Shaddad. The Kurdish fighters then handed over the documents to the journalists.

Terrorists fled Al-Shaddad, having left not only documents but also personal items, even shoes. "In some apartments we found shaved beards, because the militants were fleeing disguised in civilian clothes," a journalist said.

A captured militant of Turkish origin said during interrogation that most Islamists come to the Islamic State via Turkey, but neither the Turkish authorities nor border guards do not put any obstacles for them.

"When I was crossing the border, it was around 10 a.m. No one stopped us and we crossed the border freely," the captive Turkish man said.

According to the documents, the militants were professionally accounting the oil that they were selling. "The extracted oil was delivered to an oil refinery, where it was converted into gasoline, gas and other petroleum products. Then the refined product was sold. Then intermediaries from Raqqa and Allepo arrived to pick up the oil and often mentioned Turkey," the RT documentary's author said.

Kurdish fighters showed reporters a stack of passports of fighters from different countries - Libya, Tunisia, Bahrain, Kazakhstan, and even Russia. All of those passports have Turkish entry marks in them.