Terror acts in Brussels – only training for terrorists

Events that have taken place in Brussels may be estimated as a regular but qualified training before more serious actions. Franz Klintsevich, deputy chair of the Council of the Federation Committee on Defense and Security, leader of the Russian Union of Afghan Veterans, expressed Pravda.Ru such an opinion in an interview. 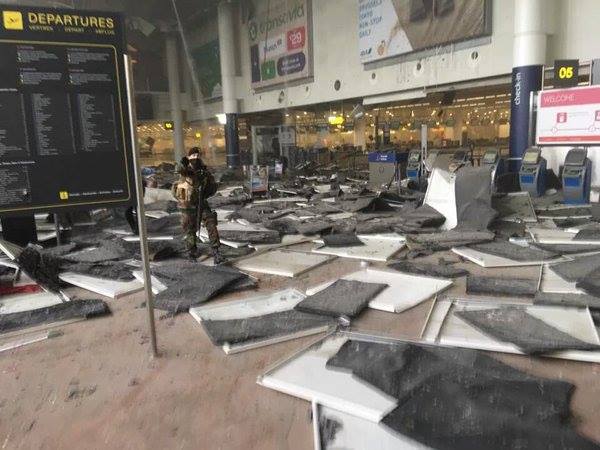 "I arrive at a conclusion that our warnings under several public speeches at various international forums, as well as official warnings of the special services are perceived as an attempt to whip up tension," Klintsevich noted.

According to him, what happened in Brussels is perceived by many people as culmination of an attack. The expert himself though believes that it's a regular, but qualified training before more serious actions, that may happen in the nearest future. "The UEFA European Championship may become one of such moments, when there will be a great number of people," the expert supposed.

Those who carried out these terror acts, show a vast range of their abilities, Franz Klintsevich pointed out, as they managed to penetrate the take-off ground and underground in the country, where the EU headquarters, NATO's office are situated, in one of the richest countries of the EU. And every time performers intensified the attack, and on the whole what has happened resembles Paris. It allows to make a conclusion that everything is coordinated from a single centre.

Commenting on the situation, the expert noted that Russian special services know faces and surnames of those who are potentially dangerous to Russia, and will manage to save the citizens.

Speaking about countries which should draw conclusions, Franz Klintsevich said unambiguously that those should be heads and special services of the countries where it happened. The expert also recommends them to form a clever view of one thing: "In this fight they should realize that only Russia has a 'road map' and they shouldn't hesitate to come and say, 'Guys, let's sit down at one table and analyze how to tackle it."