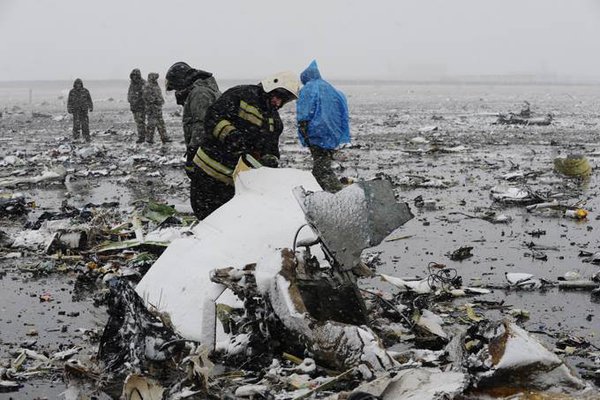 A new video of the crash of Fly Dubai Boeing-737 in Russia's south has appeared on the Internet.

The video shows an object, supposedly above the Rostov airport, falling down on the ground and then exploding, RIA Novosti reports.

The video was made from the district of Aleksandrovka.

Boeing-737-800 of Fly Dubai airline crashed in Rostov-on-Don in Russia's south on March 19. The aircraft crashed while landing, killing all 55 passengers and seven crew members on board. There are three versions of the tragedy: technical malfunction, extremely bad weather conditions and piloting error.