Egypt to raise security at airports to maximum level for Russia

The authorities of Egypt have accepted the highest level of cooperation with Russia to check security at the airports of Cairo, Sharm el-Sheikh and Hurghada. The move may have a positive effect for the relations between Russia and Egypt, lawyer Alexander Glushenkov believes. 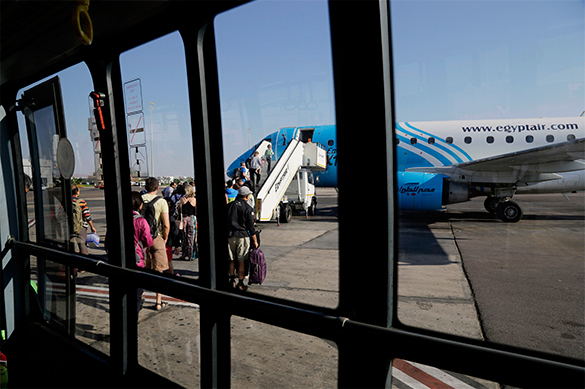 "The tourist industry of Egypt is suffering very serious losses now after the Sinai plane crash. The Egyptian authorities are very interested in bringing Russian tourists, Russian tour operators and airlines back to Egypt. Naturally, they will be improving security measures, but they must guarantee that these security measures are consistent with the highest standards of security that are possible in the world today," the lawyer said, RIA Novosti reports.

"The tourist industry of Egypt suffers greatly because of the lack of direct flights to Egypt, so I think that many airlines will be interested to restore these routes. However, a lot depends on the political situation in the entire region of the Middle East," he added.

Russian airlines stopped flying to Egypt after the crash of the Russian passenger jetliner on October 31, 2015 above Sinai. All 217 Russian passengers and 7 members of the crew were killed in the disaster that later proved to be a terrorist act.