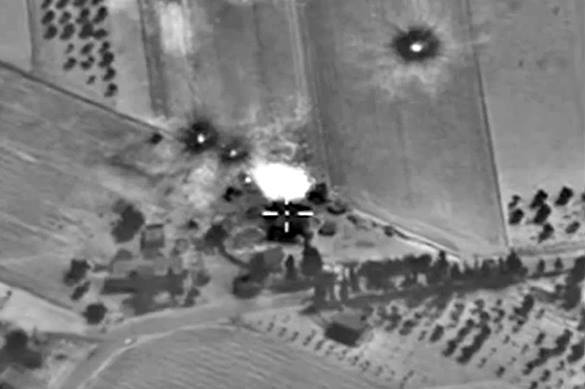 An official representative of the Russian Defense Ministry, Major-General Igor Konashenkov, reported that aircraft of the Russian Air Force have destroyed a command and training posts of ISIS militants in Syria.

"Su-34 aircraft have struck a training camp of the Islamic State near the settlement of Malan-Jadid, and a command post in the area of Qasert-Faraj, to the south-east off the town of Rakka," RIA Novosti quoted the official as saying, Pravda.Ru reports.

As a result, militant command posts near Aleppo have thus been destroyed. The infrastructure that was used to train extremists has been destroyed completely.