The US military man named Frank became the first American to be offended by a camel under the mission in Afghanistan. 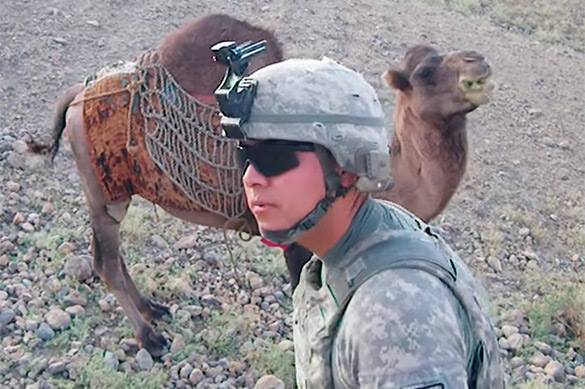 Frank's patrol ran into a pasture of camels and decided to smack one of the animals despite having been talked out by his fellows and local residents, who look after the camels.

The American decided to approach the animal from behind, but did not manage to distract its attention in such a way. The camel kicked the intruder.

If not for the body armour, Frank could face serious injures.

The posted video has been viewed over 100,000 times, while people sympathize with the camel, rather than an American soldier.

Pravda.Ru reported that specialists from non-governmental National Priorities Project studying the US federal budget, have figured out the cost of an American soldier one-hour stay in Afghanistan. For one hour of the Afghan war American taxpayers pay $4 million.